Sometimes it’s important to head back to the basics before making any rash decisions.

Diet, fitness and exercise are three of the fastest trending topics of today’s wellness world, all of which carry significant weight when it comes to scientific research.

A certain diet might be easy and effective for one person while bringing uncomfortable side effects to another. Our individual physiology and personal discipline to stick to a plan often determines the success of a given diet.

Here at keto.fm we are obvious proponents of the keto diet, and we make it our mission to keep our audience informed and up to date on the latest keto trends and research.

But before someone can be updated, they need to have the foundational knowledge.

In this article, we are going to start by covering the basics of ketosis, the metabolic process we hope to enter into and maintain during our keto dieting.

We will then go over the main benefits of ketosis, some of the common side effects, and finally some helpful tips and advice on how to make ketosis and the keto diet work for you.

So let’s get started.

While it may be a generalization, we feel confident making the assumption that most people you know are not utilizing the metabolic process of ketosis.

This does not mean that adequate amounts of nutrients are being absorbed, or that they are not following recommended serving sizes by credible sources, doctors or nutritionists. What we mean to say is that just because we are not in ketosis does not mean we are not living a healthy and active existence.

In this traditional model, carbohydrates make up a large percentage (50%) of the overall diet, which gives way to metabolism that favors these carbohydrates for consumption and conversion into energy.

Glucose, one of the most prominent carbohydrates, is converted into CO2 and H2O which then powers the production of ATP (adenosine triphosphate), the “fuel” for the body machinery.

There is more to it, of course, so if you’re into glucose and energy check out this awesome article that explains the process in more detail.

Instead of the values in the table above, a keto diet focuses on a much higher percentage of fat intake (60-75%), a similar protein intake (20%) and drastically lower consumption of daily carbohydrates (5-20%).

Now, these values range from source to source, and they do so because of each person’s affinity to the sudden change of diet. More on that later.

With a lower concentration of glucose-housing-carbohydrates with which to produce ATP and energy, the body begins to adapt to burn what is most readily available, and in the case of the keto diet, fat.

There are three main types of fat: (poly and mono) unsaturated, saturated and trans fat. The differences in these types of fat come in their molecular structure which can provide an easier or harder mode of digestion.

As a general rule, trans fat and saturated fat are deemed worse for your health, leading to potentially harmful effects such as cardiovascular disease. Glucose is stored in all of these fats.

When the body begins to adapt to a lack of carbohydrates, it responds by releasing fatty acid from the body stores, moving them to the liver and beginning oxidation.

As these fats are broken down to access the glucose contained inside of them, amino acids called ketones are produced as a byproduct. The production of ketones through the breakdown of fat as an energy source is what gives the keto diet its name.

Ketosis is the name of the metabolic process in which the body favors the conversion of fats over carbohydrates due to the internal environment and lack of subsequent availability of each.

By putting our body into ketosis, we are in essence starving it of carbohydrates to enact an adaptation to burn fat. Ketosis is a sustained metabolic state that carries with it a list of benefits.

Ketoacidosis is a medical condition that refers to an extremely high level of glucose (and ketones) in the body, leading to acidic blood. This condition is often associated with type 1 diabetes and warrants medical attention to maintain chemical balance in the bloodstream. People who suffer from diabetes should consult a doctor before experimenting with the keto diet.

A search of credible resources leads to a long list of potential benefits of ketosis, from the obvious and marketed results of weight loss and mental health to the less studied benefits of epilepsy and diabetes.

For the sake of this article, we will spend time on the tried and tested benefits and leave our readers with some links to continue down the rabbit hole.

Fastly becoming synonymous with the keto diet is the idea of fast and effective weight loss.

Studies have shown that in the short term, low carb programs such as the keto diet are significantly more effective than calorie-restrictive diets that seek to limit caloric intake.

While short term weight loss has been seen consistently by those who experiment with a new keto diet, there is still much debate on the long term effectiveness of maintaining the diet. Like everything else, it seems that using ketosis as a tool to encourage weight loss is more effective than trying to maintain a strict keto diet for the rest of your life.

Resulting weight loss could also be a product of multiple systems at play, not just the burning of fat into energy. Unlike other calorie-restrictive diets, those who achieve ketosis often experience a loss of appetite rather than an increase in cravings.

This leads to a more sustained lifestyle of consuming less food rather than overindulging when given a cheat day or a well earned “diet break”.

Furthermore, ketosis has been shown to be highly effective at eliminating visceral fat- the type of fat that accumulates in the abdominal cavity.

The belly fat, as we like to call it.

Visceral fat is often linked to having long term effects on organ health, cardiovascular disease and inflammation. By helping to eliminate this visceral fat, the keto diet zaps belly fat while at the same time prevents future problems related to its accumulation, such as heart disease and type 2 diabetes.

Lipids are types of fat that are released into your bloodstream and stored in fat cells to be used as energy. The two main types of lipids that are cause for concern are triglycerides and cholesterol.

Triglycerides are used to store unused calories for later use.

Cholesterol is used to secrete certain hormones and build cells.

Triglycerides have been shown to increase the thickness of arterial walls, leading to cardiovascular problems such as stroke and heart attack. High percentages in the blood are often signs of diabetes, metabolic dysfunction and obesity.

So on first thought, it would seem that engaging in a keto diet would increase the number of triglycerides in your bloodstream. Wrong. Even though you will be increasing your fat intake, once your body is in ketosis it is more effective at using fat for energy that less is actually needed to be stored.

Ketosis may lead to an initial spike in triglycerides but will be followed with a sustained reduction to a lower average.

A more in-depth look at cholesterol and keto can be found here, but for the purpose of this debate, we recommend those who have a tendency for high cholesterol to consult a doctor before entering ketosis.

Following a drop in triglycerides and “bad” cholesterol, there is often a subsequent drop in blood pressure and a reduction in blood sugar and insulin levels. If properly managed, researched and adhered to, ketosis can have beneficial effects for those who are at risk of diabetes, metabolic syndrome or heart disease.

It has been traditionally thought that carbohydrates are an essential “brain food” and that decreasing the number of consumed carbs would lead to unhealthy brain function. Recent studies have shown quite the opposite effect.

Instead of using carbohydrates, the brain has been shown to gather significant energy from ketones produced by ketosis, sometimes up to 70% of its energy needs.

More importantly, more and more research is now being directed at the role ketosis can play in decreasing the onset and symptoms of Alzheimer’s as well as for controlling and improving epileptic seizures.

As mental health becomes a focal point of modern medicine, more interest is being directed at the idea of “brain food” and how diet can affect our daily mental health.

While studies are still sparse and young, ketones are starting to make an impression with neuroscientists and nutritionists alike.

Side Effects of Ketosis

As the body starts to adapt to using fat for energy, there can often be a series of side effects that pave the transition. These side effects collectively are often referred to as the “keto flu”.

The severity of these side effects can vary between individuals and are often related to strictness of diet, general health and physiology and under or overused supplements. Common side effects of ketosis include:

Various other symptoms may be involved as well, but these tend to be the most commonly discussed.

While the keto flu may prove uncomfortable, we can take solace in the fact that these symptoms are temporary, and will fade as the body becomes “fat adapted”. We will cover some helpful tips for dealing with the keto flu in the next section.

For those who suffer from underlying conditions, or for those who are experiencing severe symptoms, it is recommended to stop the diet and consult a doctor.

Tips for Entering and Maintaining Ketosis

Getting into ketosis is the main goal of the keto diet, and can often be the hardest part. New dieters may experience symptoms of the “keto flu” and be frustrated or disheartened.

For those who are experiencing uncomfortable symptoms, it is recommended to ease into the diet by slowly decreasing your intake of carbs. Instead of jumping immediately to a 5% daily carb intake, instead ween the body off over time to lessen the severity of symptoms.

Adhering to a strict diet is key in order to achieve ketosis. If we cheat ourselves by indulging in high-glucose foods, we often stall ketosis and lengthen the duration of unwanted symptoms.

Sticking to meal plans and making use of keto supplements is a great way for those with less time to effectively balance their nutrient intake.

Don’t shy away from fat. It’s time to break the conditioning that fat is bad and that we need to eat zero fat to lose weight. Fat is good, and the keto diet allows you to eat lots of it! Indulge in fatty foods in order to provide your body with the necessary energy.

Journal your journey. Make sure to keep a food journal to get a better grasp on what is working and what needs to be improved. Write down meal plans and be prepared to deal with cravings, stalls and unforeseen obstacles.

Starting your keto diet can be daunting, but there are plenty of resources out there to guide you through it. Remember, everyone is slightly different so be sure to listen to your body and adapt to a routine that suits your lifestyle best.

Embarking on the keto journey is not for those looking for a “quick fix”. It takes discipline, preparation and research.

Once your body is adapted to ketosis, results come quickly and benefits begin to appear in every unlikely avenue of day to day life.

Be patient, and enjoy the process. 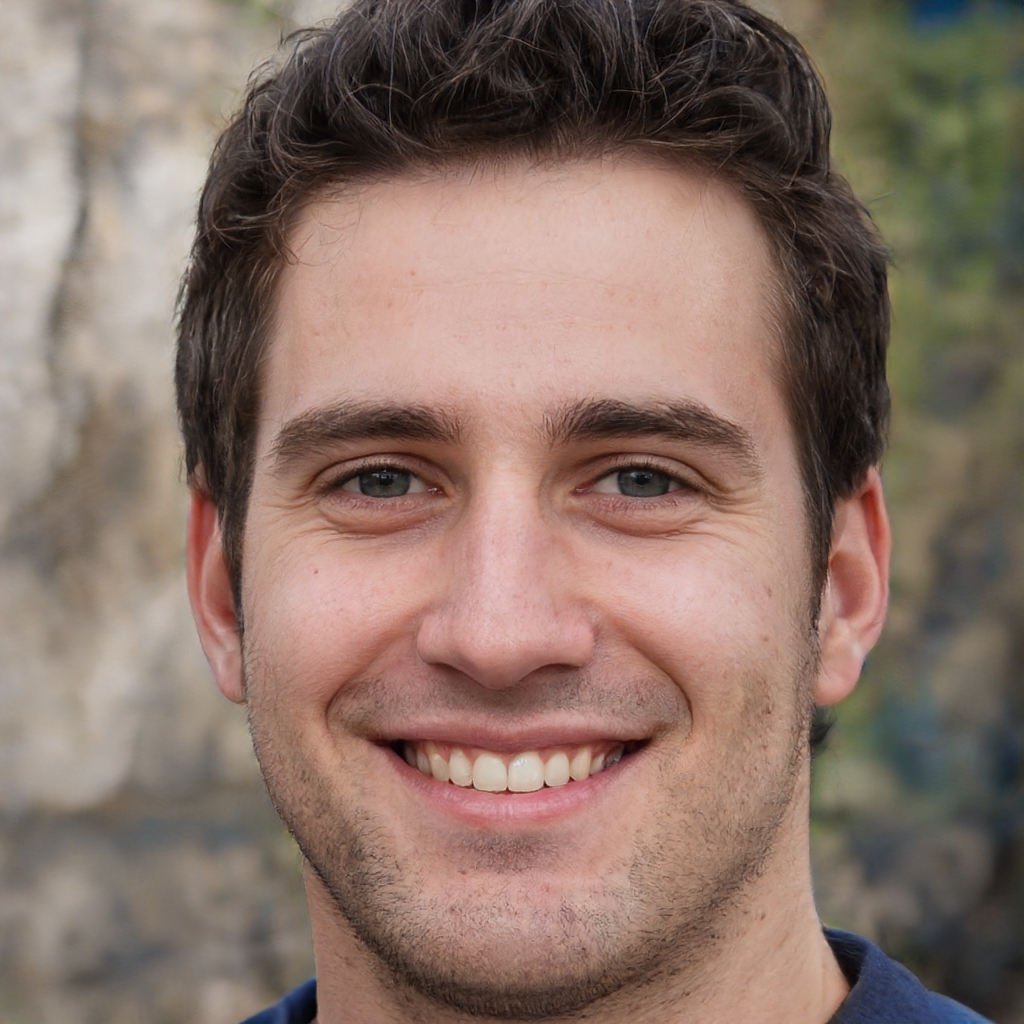 Florence, aka Flo, is the lead editor at keto.fm. Obsessed with nutrition, Flo used the keto + a one meal a day (OMAD) diet to lose 50lbs in under half a year.

After experiencing the benefits first, both mentally and physically, he became one of the many keto ambassadors online.

He is currently working towards becoming a NASM Certified Nutrition Coach.